Madonna entered the show. She’s finally on Twitter. And what a show it has been since her live debut  on twitter  as #MadonnaMDNAday!! The account’s got over 88,000 followers and she held a live discussion with fans with over 240 tweets in the little time she spent online on 5th April. That’s to celebrate a week from her release of the new MDNA album.

I’d have said Lady Gaga followed the queen of pop in almost everything… but this time round, Madonna is the later comer to the scene. I’ve written about Gaga on YouTube and Twitter in the past, and also compared her to Obama’s performance online. Madonna’s personalised tweet to Barack Obama is “#Obama2012: Are you coming to my show in Washington, D.C.? Make a girl from Detroit happy.” Twitter dev has put together a list of her other more famous tweets. In case you almost forgot about the exchange of pleasantries during that MTV Awards night in 2003, Madonna also asked Britney to go on stage and do it again… “please come on stage and kiss me again. I miss you!!”

Madonna could probably bash every twitter record! But this may also be the end of her appearance there. After all, the tweet that announced the live session said “Madonna joins Twitter for one day only to answer fan questions and celebrate the release of her MDNA album. Got a question? #AskMadonna”. The account used for the lives session (#MadonnaMDNAday) has not sent any tweets since. 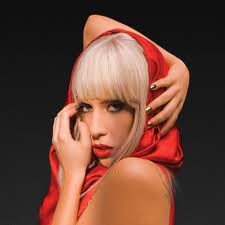 In my post of Feb 9th, I compared Obama to Lady Gaga. She had 8 million followers then, a number which increased at the rate of over 20,000 every day to count 8,831,651 as I write. Lady Gaga hasn’t been sleeping on her online success and followed on the steps of Obama / Biden’s “Transition Project” (December 2008) which allowed any registered user to make or vote on questions that the Whitehouse then answered.

Since then YouTube put together the Worldview Channel and Barack Obama was back to answer questions in January 2011, followed by UK Prime Minister David Cameron, US Parliament Speaker Joe Boehner and now… Israel’s Prime Minister Benjamin Netanyahu.

Lady Gaga’s official YouTube channel now allows people to ask questions and vote for the most popular ones which she will answer. This Gaga project is open till the 18th March and, with this degree of openness, the star has joined a league of world leaders conquering web 2.0 tools to engage with her fans! The woman does not stop there with social media! She accepts questions also over Twitter with any tweet tagged #GoogleGoesGaga being syndicated directly to the channel and qualifying for voting. And in her own words…

The question submission and voting uses Google Moderator. It was launched in September 2008 and first used with a bang the following December in the Obama / Biden Transition Project – “Open for Questions”. Since then Change.gov, the project’s website, has now closed. Google Moderator continues to make crowd-sourcing a reality and is now a freely available API.

Barack has put up the barricade and quit smoking! Back in June 2009, Obama had admitted to the occasional puff. But now, according to wife Michelle, he’s been clean for about year. Congratulations Mr. President! But what does this have to do with a blog that talks about what’s happening in the digital world?

Michelle Obama broke the news of the anniversary of the last puff to reporters at the Whitehouse yesterday. The BBC and the Guardian reported it in the UK along with many other papers. Google grabbed it and put it on Google News. But I got to know through Twitter… as literally thousands of people found this event to be of great value to their own cause of quitting smoking. I just searched ‘Obama smoking’ in Twitter and a few minutes ago somebody said “Yayyy Obama quit smoking. If the president can do it, anyone can. :)” And I guess that Melissa’s 860+ followers  will be pleased to share that point of view. So, thank you Michelle for bringing such good example from your household to the world at large. Twitter did the job of bringing it to the masses – even those who don’t care about this type of news. Power of the internet.

Twitter now has over 190 million users (source: Quantcast as quoted in Wikipedia). It’s users are said to generate about 65 million tweets – short, 140 character messages which can be broadcast or directed specifically to other users. I looked up the more successful tweeters of all times and Lady Gaga has over 8 million followers with just over 600 tweets in the last three years. Lady Gaga’s followers increased by over 10 thousand a day ever since the 21st January! So how does this compare to Barack Obama? He follows less people (145,000 when compared to Gaga’s 700,000) and gets less followers (6.6 million). He also tweets more. Yet that’s comparing an American President to one of the top performing pop performers who has sold over 55 million records!