In 2014, Nigel Farage made a big deal about not being invited to lay a poppy wreath on the Cenotaph to remember those who fell in the wars.

Does he know anything about this other monument? 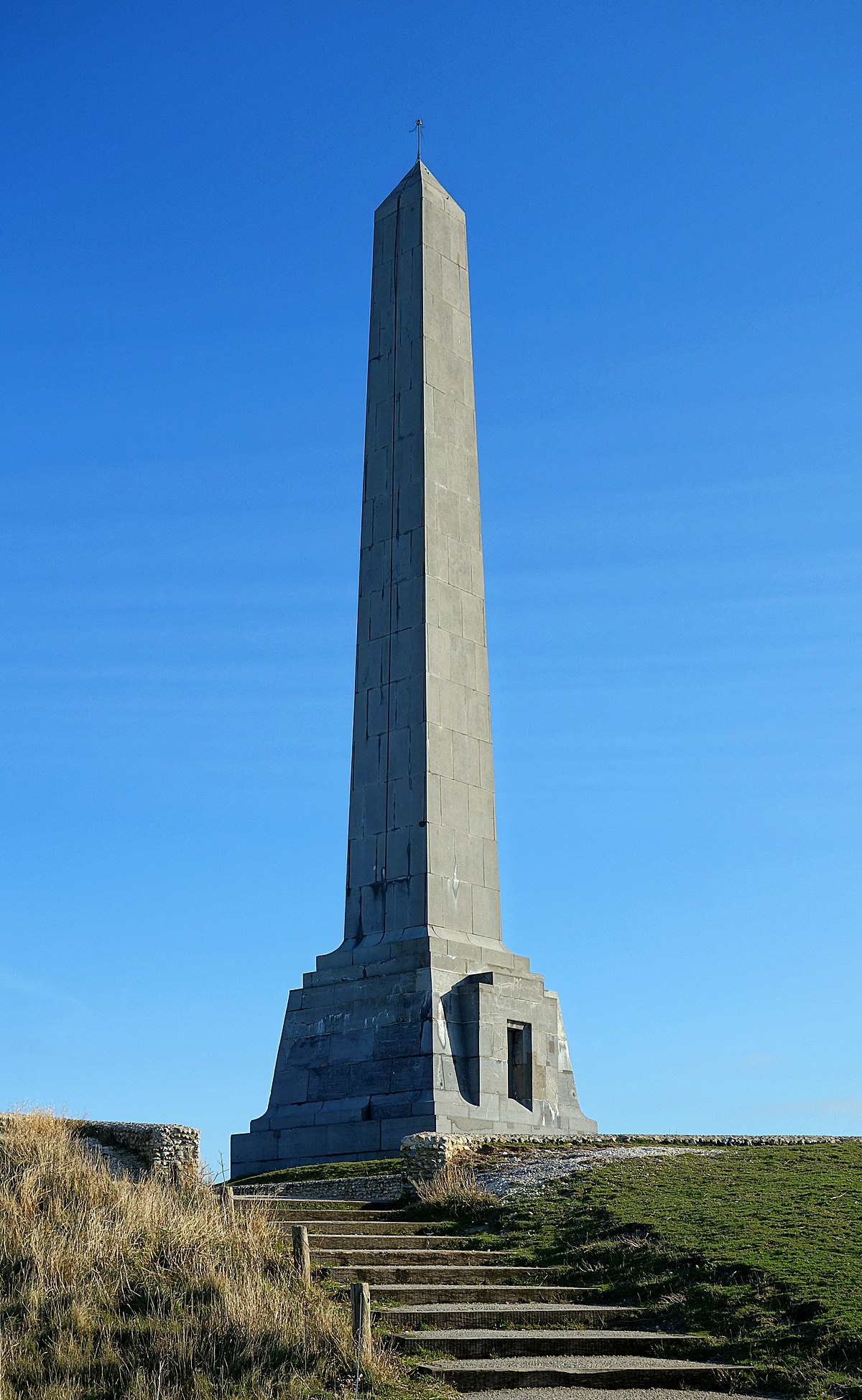 Not to be confused with its twin – the Dover memorial across the Channel (La Manche). They both celebrate the lives of all those who fought for the ever closer union between Britain and the continent. This one is in Cap Blanc Nez – in France.

During the first world war, the French and British were busy protecting the strait of water between their two countries. The plaque under the above monument says that they “built a Franco-British maritime unit, mainly consisting of English sailors and boats … to ensure the safety of the passage and to prevent German attacks.” So much was the monument a memorial to the success of this mission, that the Germans blew it up when they invaded France during the second world war. The monument was rebuilt in 1962.

While the French and the Brits battled the Germans, London was home to a new family: Nigel Farage’s ancestors, who had migrated from Germany about 50 years earlier. What would they say if they heard Nigel Farage talk about migrants from other EU countries like Poland? Brits died in the two wars, and yet Britain did not ask the Farages to leave.

What does Nigel Farage know about Britain’s history as a world power? Indeed, for most of its history, it was simply a frail island, land fought over and ravaged by conquerors from all over Europe. All these conquerors left their DNA in British blood. And as early as 1701, England allied with the Dutch and the Austrians to counter the French monarch, Louis XIV’s attempt to unite the Spanish and French crowns.

Europeans spent two hundred and fifty years to succeed to successfully unite. Here are among the first words that describe the birth of the union – the proposal that the French and German coal and steel industries be put under joint control: “Through the consolidation of basic production and the institution of a new High Authority, whose decisions will bind France, Germany and the other countries that join, this proposal represents the first concrete step towards a European federation, imperative for the preservation of peace.”

Yes, unity for peace, so that today the French coast closest to the British isles would no longer need to be dominated by military constructions built by the Germans. In the fifty years before the birth of European unity, there were two full scale wars, that led to the perishing of an estimated 77 million lives! We have stopped killing each other, and so unity has shown to be a working solution for Europe.

Indeed sadly, we have been unable to stop all the world’s killings, and maybe even stuck our nose where it didn’t belong and provoked some other wars. I always feel that world peace is best promoted and preserved by respecting the sovereignty of all lands and their chosen systems of governance. When these systems break we inevitably see death, destruction and the painful displacement of people, like the unfortunate ones who are now landing on Europe’s shores. However, on matters of human suffering we should only be united, and anybody who makes this issue a Brexit matter, is just being a sensationalist and unworthy political leader.

Farage is a French surname. Maybe a name historically rooted in the word fardage. Is his a case of farder la vérité?

In closure, the EU is not perfect. It is human, young and evolving. And the political leaders met and responded already to say that they want the UK to stay. There is no doubt that the EU will suffer without Britain, as will Britain without being in the EU. And it is difficult to gauge how much – a divorce will hurt. British? Vote IN. Or you would be throwing away the baby with the bath water.

I just learnt that there is a petition to the UK parliament, to stop Brexit. If you are British, or a resident of the United Kingdom, you can put your name.